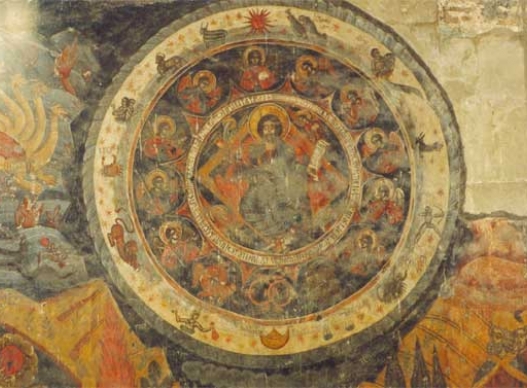 You will be greeted upon arrival at the Tbilisi airport by ASA Travel DMC Georgia’s assistant, who will transfer you to your hotel in the city center. The rest of the day is at leisure.

Breakfast in the hotel.  HD sightseeing City tour of Tbilisi with guide.

Wonderful trip through the windy streets of Old Tbilisi; we will visit historical part of Tbilisi, this district is known as Old Tbilisi; historical Sulfur Bathes, that can be accepted as symbol of the city; main citadel of the city – Narikala fortress, from here we will see unforgettable panoramic view over the city. Visit of beautiful churches, synagogue, and mosque located very close to each other. We will walk on the pedestrian street Sharden, beloved place for local people as lots of cafes, restaurants, clubs and galleries are located here; we will find an old Georgian bread bakery; pass through the main avenue of Tbilisi – Rustavely Avenue and Main Square – Freedom Square. We will see oriental part of Tbilisi and European part, than we will have a look on the districts, which was built during USSR period (Duration of the excursion is 3 ½  hours).

Breakfast in the hotel. HD sightseeing excursion in Mtskheta with guide.

Mtskheta is an old capital of the kingdom of Iberia (from IV cc BC to VI cc AD), this is how ancient Georgian tombs were called. Mtskheta is known to be the religious capital of Georgia, here is located one of most important cathedral – Svetitskhoveli. Svetitskhoveli can truly be accepted as the pearl of Georgian architect. The second destination during the trip is Jvari monastery, the church stands up on the hill, overlooking the town. The architect of the church has been retained from the VI cc and represents one of the most interesting monuments in whole Georgia.

After the excursion, travelers will have possibility to buy traditional Georgian souvenirs from local people (Duration of the excursion is 3 ½ hours).

Facultative attendance of the performance in a small theatre “Nabadi”. It is the complete Georgian history from the creation of earth until today. The performance is without speech, only with songs, dance, and is easily understandable for everyone.

Facultative visit of sulphur bathes. Sulfur Bathes can be accepted as symbol of the city, as the legend about founding of the city Tbilisi is connected with this place.

Breakfast in the hotel. This day you will have to choose one destination out of the three places offered below.

Signaghi is a picturesque town with the environment of XIX century, surrounded with 4 km city wall. Here one can enjoy degustation of Georgian wine, enjoy panoramic view of the valley Alazani (about 60% of grapes grow here) and, if you are lucky, you will see Georgian wedding: Signangi is the only place in Georgia where couple can get married any time of the day and year. This is why Signagi is called: The town of Love

Town Gori is famous as the birthplace of soviet leader Joseph Vissarionovich Djugashvili, or as he was known worldwide - Stalin. Visit of Stalin’s house museum: small house where he was born and grew up, the museum and Stalin’s private armored coach.

Drive to Uplistsikhe cave town in 13 km from Gori. This antic town dates back to the end of II, beginning of the I millennium BC and was hewn out of the sandstone rocks. Living quarters and premises for communal purposes occupy a cliff territory of almost 8 hectares and are connected by footways. Archaeological excavations have revealed extraordinary artifacts of different epochs: beautiful golden, silver and bronze jewelry, magnificent samples of ceramics and sculptures.

The village Stepantsminda is located in the heart of Great Caucasus range, at the foot of Kazbegi peak. The legendary Georgian Military Highway, one of the world’s most beautiful roads, winds its way up to the village, through steep wooded valleys, ravines and finally over the 2300 meter Cross Pass and down again. Building of the Georgian Military Highway started in the beginning of the XIX cc, as the main road across the Caucasus Range. Trekking to Gergeti Triniti (altitude 2 170 m) church from the village Stepantsminda, 5 km, trecking duration 3 hours, difficulty level is average.

Enroute visit of the fortress of mediavel ages – Ananuri, located near the picturesque Jinvali reservoir.

After breakfast and check out you will be transferred to the Tbilisi airport.

Go to incoming tours, use search and find tours that you’d like